I, MATHEW L. TYLER declare under penalty of perjury under the laws of the U.S.A. that the foregoing is correct and true to the best of my abilities and knowledge (28 U.S.C. §1746).

X
Presently my plans are to complete the 2020 POTUS election. Unless elected, after which my plans are:

In subsequent elections to be a non-campaigning POTUS candidate; until the 50th POTUS election. Thereby allowing people to elect me if so desired while being able to focus on other: aspects, dreams, endeavors, goals, etc...

It isn't like anything detremental has happened to a POTUS, or at least not a POTUS candidate that I'm aware of.

If you can't explain it simply, you don't understand it well enough. 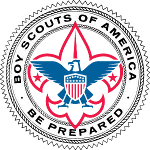