X
Persevering through nearly a lifetime of adversity and opposition, my life is a compilation of predominately unfortunate events which has ingrained an unparalleled amount of grit. 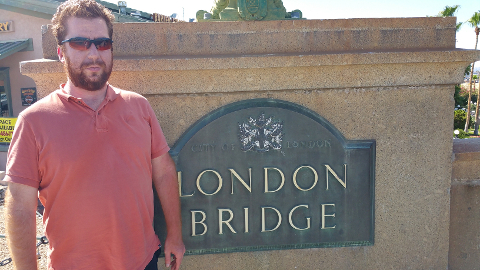 You're on the left and libertarian spectrum of the political compass! You question authority and are deeply distrustful of hierarchy. You believe strongly in personal liberty and individual freedoms. You strongly believe in a self-governed and non-hierarchical society with maximum individual freedoms for all. You support women's rights, gay rights, and liberal attitudes on sex. You, however, favor collectively owned property and an economy that guarantees equality and opportunity. You believe in strong communities and favor a cooperative economy over dog eat dog capitalism. You're a lefty, but you hate big government just as much as the next libertarian! 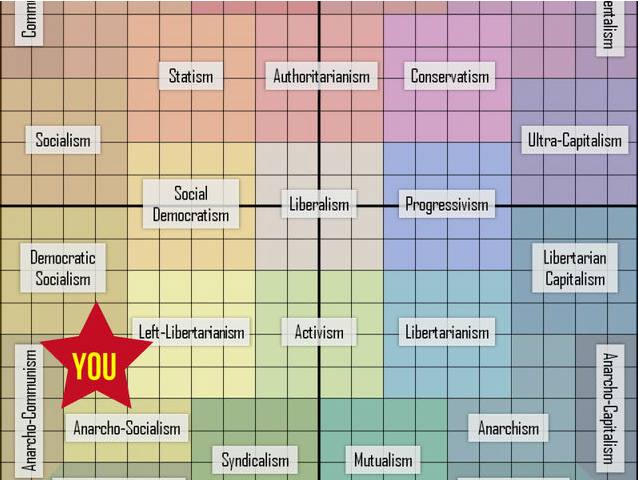 Left-liberalism (Social Liberalism): Individuals in this quadrant seek to uphold individual liberty while taxing the market to provide social benefits for those in need. They tend to see themselves as seeking balance between individual liberty and social justice, and to be in favor of multiculturalism, secular government, and international cooperation. While they are typically skeptical of state involvement in social affairs, they nevertheless see a legitimate role for the state in combating discrimination and ensuring equal treatment. 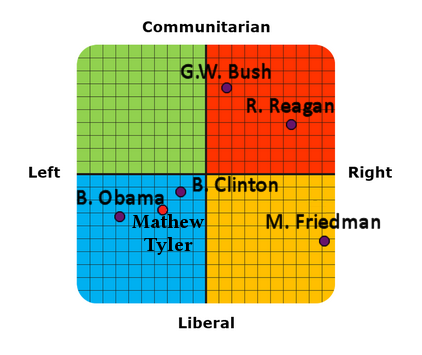